Women's lingerie - The Evolution of the Lower parts 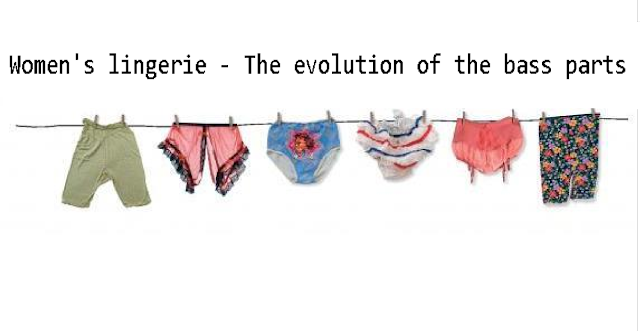 From bloomers to thongs, the history of lingerie reveals a lot about the past, present and the role of women over time.

What a woman wears under clothing has a special significance for the male universe. But not only for them, the type of lingerie that one chooses, counts a lot about the personality of the woman and her story, representing the femininsta path to freedom and recognition of their rights.
So believe me, even when hidden under the clothes, the lingerie are nonetheless curious to reason by the male audience.

wondering how much the lingerie and its concept have changed in the last hundred years is fascinating, today, what was considered old and outdated, was completely redesigned giving way to comfort, beauty, sensuality parts have become priority for women .

Since the pieces in income to the microfiber bamboo and in various models, discrete or bold, with ribbons, ruffles and cleavage, in various small sizes, medium, large, extra large and in every color imaginable, also edible, the lingerieThey surpassed the position of simple piece of women's clothing.

Long ago the lingerie became jokers parts that value the woman's body by increasing the high esteem.

Currently the production of lingerie is a segment of the textile industry that grosses over $ 30 billion a year worldwide, noting that Brazil is considered the 5th largest producer with an annual output of 2 million tons, which corresponds to 2% of world production.

Shopping in Wholesale Sexy you find variety of lingerie, with quality and attractive price check!
We ship to anywhere in the world.

Pay by credit card through Paypal 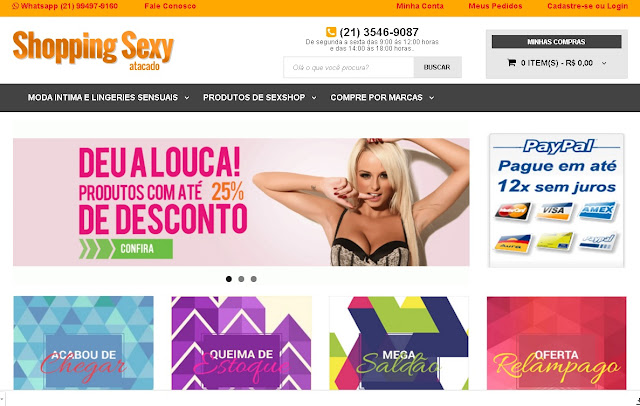